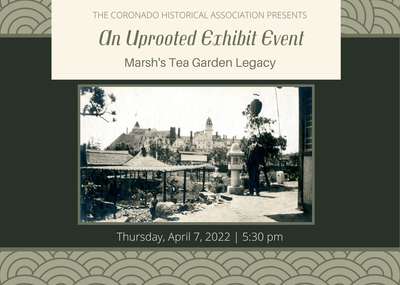 CHA invites you to a special lecture that will further explore the rich history of Japanese gardens in Southern California around the turn of the 20th century. Coronado's large Japanese Tea Garden built by George Turner Marsh brings together diverse garden legacies including world's fairs, tourism, the early film industry, the Japanese-American immigrant experience, and the fascination for Japanese art and culture.

This event accompanies, CHA's Uprooted: The Story of the Japanese Americans of Coronado exhibit. 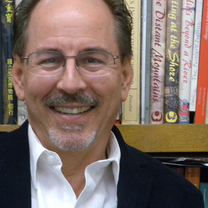