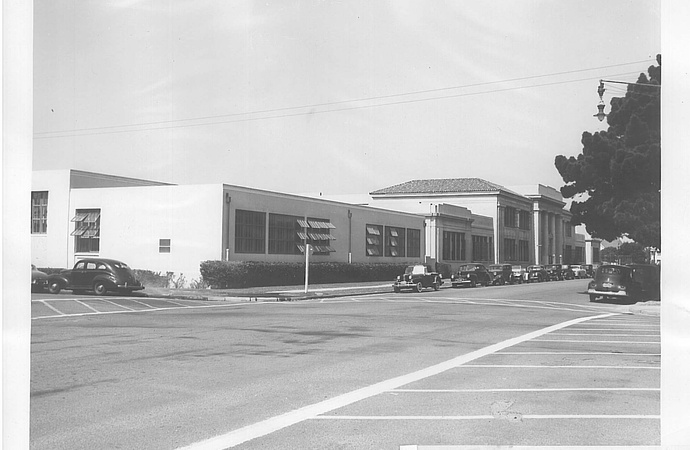 Coronado High School was founded in 1913 and since that date has been knocked down, rebuilt and added to over the years. The first building was located further west than the current building but due to its structure's instability, it was knocked down and rebuilt in 1939 as a part of FDR’s Administration of Public Works. Part of the 1939 building remains standing as the current 600 Building, where students go to classes such as physics, biology, chemistry, and more. The next renovation for the school was in 1961 and then the most recent was 2006. When walking by the front of the school on D Avenue you can observe the plaques for each renovation, the Board of Education at the time, as well as the superintendent and builder. Also on D Avenue in front of the main gate is a plaque that pays homage to the CHS students who died in WWII. Over the course of years at Coronado High School a number of art pieces have accumulated, as you will see when you walk through or around the campus. Within the campus, there are many mosaics and paintings, many of which are by local artist Kristen Green.  On the outside of the building along 7th Street. there is a large mural on seven limestone panels titled “Legends of California,” by Donal Hord which was completed in 1938 and installed once the 1939 school was completed. The Coronado High School, although rebuilt throughout the years, stands as a piece of history to Coronado’s citizens.