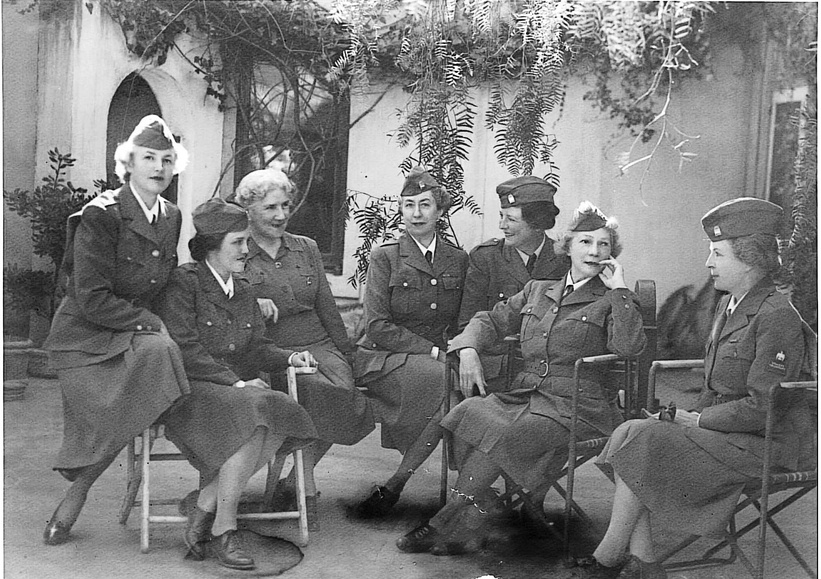 (Above) A group of Coronado women serving in the AWVS during World War II, an image from our popular 'Coronado on the Frontline' exhibit.

About Our Past Exhibits

Since its inception, the museum has featured changing exhibits on diverse subjects relevant to Coronado.

Uprooted: The Story of the Japanese Americans of Coronado

From immigration in the early 20th century to internment during World War II and post-war resettlement, Uprooted traces the stories of Japanese American families in Coronado. The exhibit also explores the influence of Japanese-style landscape arts in American society through gardens such as Coronado's Japanese Tea Garden. The exhibit is presented in partnership with the Japanese American Historical Society of San Diego and the Japanese Friendship Garden Society of San Diego in Balboa Park. Funding for this exhibit is provided in part by the City of Coronado's Community Grant Program.

True to its mission to serve as Coronado’s primary center for community history, the Coronado Historical Association (CHA) is conducting special oral history interviews with Coronado natives and long-time residents. This special, ongoing project is called Island Icons. The initiative was pioneered in 2020 by CHA volunteers who interview members of the community. The interviews are turned into historical vignettes that feature insights, personal memories, and life experiences.

In partnership with the Dole Institute of Politics, the Coronado Historical Association presents this special exhibit about the military wives of Vietnam POW's and their tireless advocacy work. Coronado women, such as Mrs. Sybil Stockdale, were integral to the formation of the League of Wives of American Vietnam Prisoners of War (later known as the National League of Families of American Prisoners and Missing in Southeast Asia). *Due to the COVID-19 Pandemic, the exhibit closed early in March 2020.

For 50 years the Coronado Historical Association has been serving the community of Coronado. In celebration of its anniversary, CHA has invited 50 community members and long-time supporters to each choose one artifact from the collection to showcase.

This year marks the 60th Anniversary of the filming of Some Like it Hot. In honor of this special film anniversary, the Coronado Historical Association is excited to announce its newest exhibit: Coronado’s Golden Age of Film, open November 2018 to March 2019. The exhibit features a retrospective of Coronado’s fascinating film history, including a Coronado Hall of Fame of the many cinematic Coronadans, like Johnny Downs and Anita Page. The Marilyn Monroe gallery closes on January 3, 2019. Don't miss your chance to see Marilyn's clothing and personal items. The rest of the film exhibit will be open until Sunday, March 3. Following the closing of the exhibit, the museum galleries will be closed in preparation of the Association's 50th Anniversary Exhibition.

The man behind Coronado’s early days was once called “Midas with a Yen for Jokes” by historian Theodore Fuller. He was a Transportation Tycoon and Family Man. Sugar Prince and News Mogul. John D. was a multifaceted polymath—a man with many sides both public and private. As his celebrity rose, time engulfed knowledge of John D.'s personality and temperament. Revered, but not without controversy, his legacy is in our cultural heritage and architectural remnants. Who was the Man? What was his life like? And, what is his legacy? This exhibit explored how his values and skill set changed Coronado as a growing city.

This exhibit explores the art community of Coronado through a historical lens. Since the original lot sale in 1885, the arts flourished in this unique coastal village. From its beginning as a mecca for art patrons, Coronado evolved over its 132-year history into an artists community.  The turning point of this evolution is most evident in the mid-20th century. Here in Coronado, the sponsorship of artists during the Depression and World War II brought artists from all over the nation. After WWII, these artists such as Monty Lewis stayed. They defined an art community separate from San Diego and created the lasting fellowship that thrives today.

The climate and geography of Coronado made it ideal for vacation but also gave way to a sense of exceptionality. Hotel del Coronado for the rich, Tent City for the average family, and North Island for the military. The limited methods of transportation in the early twentieth century highlighted this individuality for more than 80 years. This exhibit explores the ferries, trains, trolleys, and airplanes that helped give Coronado a distinct identity from 1900-1939.

Architect Irving John Gill is known by many today as a pioneer in Western American architecture. Although some have referred to his structures as Spanish Revival, Mission Revival, and Cubist, he charted the waters for American Modernism with his own unique outlook and style. Gill introduced his belief that “we should build our house simple, plain and substantial as a boulder, then leave the ornamentation of it to Nature” in 1916. This belief was the culmination of his own background and training and, more importantly, his environment in Southern California. Here in Coronado, you will see how Gill refined his uniquely American style.

In 2016, the Coronado Historical Association worked with the Stockdale family to present STOCKDALE: CHARACTER, COMMUNITY, LEADERSHIP. The exhibit detailed the extraordinary life and family story of Coronadan Vice Admiral James Stockdale, one of the most decorated and respected Navy officers of his era. Vice Admiral Stockdale was awarded the Medal of Honor for his “valiant leadership and extraordinary courage” during seven years as a POW. It also told the story of his wife Sybil Stockdale, who, while raising their four sons in Coronado during his long captivity, fought tirelessly with fellow wives within the community to bring their husbands home.  Sybil and many family members were on hand for the opening of the exhibit.

Highlights included an Olympic Gold Medal in sailing won by Coronado native son Robbie Haines in 1984, a beautiful handmade wooden sabot designed and built by a local craftsman and a touch-screen video kiosk featuring recorded interviews with long-time Coronadans about their yachting and racing experiences. One special aspect of local yachting lore presented was how Coronado’s iconic boathouse has metamorphosed over the years.

The Kingston Trio: A World of Music

In 2011, the Kingston Trio was awarded a Grammy Lifetime Achievement Award for their significant influence on folk, pop, rock and Americana music during the late 1950s and early ‘60s.  Many photographs, oral history interviews, performance clips and other video components helped shed light on this musical phenomenon, which paved the way for the next generation of musicians. Two of the Trio’s members, Nick Reynolds and John Stewart, had close Coronado/San Diego ties that were explored in the exhibit.

What challenges and sacrifices did the residents of Coronado face during World War II? How did the war years change the community? Visitors were given a glimpse through a "window in time" to see how the town responded to the war effort after the bombing at Pearl Harbor. Little-known details about the courage and pluck of Coronado residents, and their considerable contributions to the war effort were brought to light.

A juried art show displaying the work of local artists in a wide variety of media, materials and styles. All pieces were original art, completed within the prior two years, pertaining to Coronado.

This exhibit, which celebrated 100 years of Naval Aviation in Coronado, featured rare photographs and documents such as an early pilot license signed by Orville Wright. An original pilot’s uniform, the helmet of one the first female naval aviators and a national insignia that flew on aircraft from 1919-1940 are examples of other items that were also on view. One of the most exciting artifacts on display was a scale model of the original seaplane designed and built by Curtiss and flown off the shores of Coronado.