A View from the Periscope Exhibit Now Open! 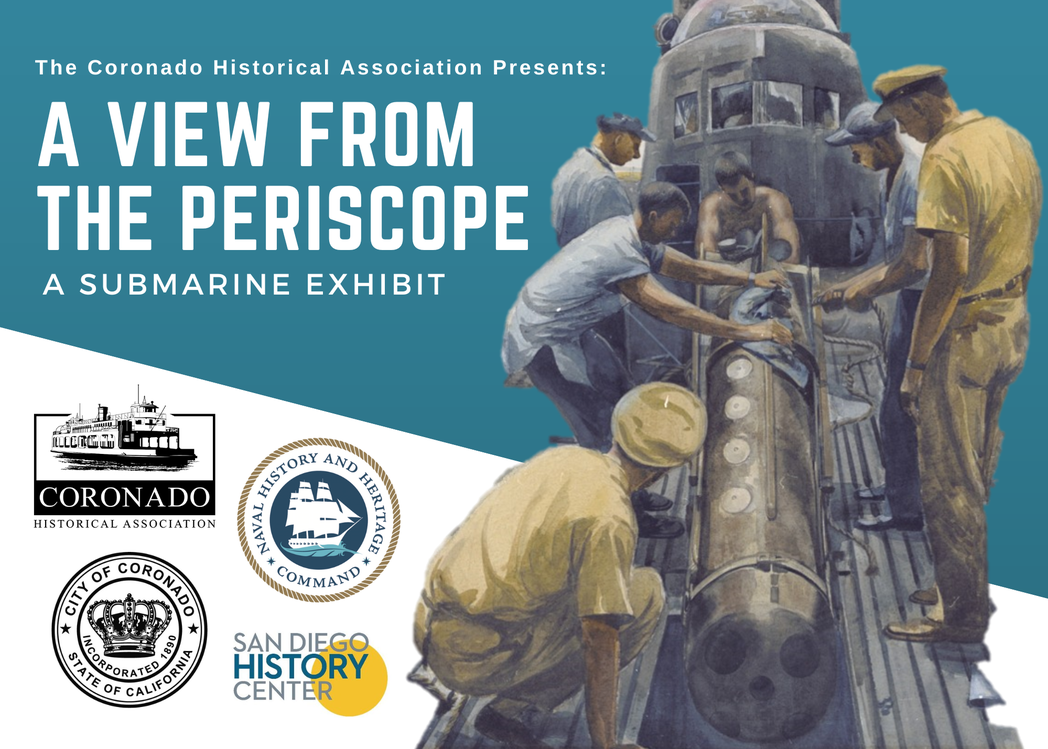 Drawn to its sleek yet hidden shape, artists have long tried to capture the mystery of the submarine and the adventurous crews who risk underwater combat.

The Coronado Historical Association (CHA) is pleased to announce the opening of the “A View from the Periscope” exhibit on July 30, 2022.

The exhibit unveils “A View from the Periscope” through the artist’s eye. Twenty-eight pieces of artwork from the Naval History & Heritage Command’s Navy Art Collection are on loan to CHA for the duration of the exhibit. The artworks are diverse in medium and age, but all prominently feature historic submarines commissioned in the U.S. Navy. Some of the notable artists whose works are featured in the exhibit include: Griffith Baily Coale (1890–1950), Georges Schreiber (1904–1977), Albert K. Murray (1906–1992), John Charles Roach (born c. 1943), Salvatore Indiviglia (1919–2008), and Dante Bertoni (1926–1993). Many of the artists featured are affiliated with the Navy’s Combat Art Program, which places artists on board navy ships on duty and in combat.

The exhibit also celebrates the little-known role Coronado and its sailors played in submarine history. CHA worked with the City of Coronado’s Avenue of Heroes Committee as well as local residents to identify submariners with a Coronado connection. Efforts to identify important submariners to highlight in the exhibit has been so successful that twenty-two submariners were featured at the opening of the exhibit and an additional twenty-four are planned to be added.

The exhibit is presented in partnership with the Naval History & Heritage Command and the San Diego History Center. Funding for this exhibit is provided in part by the City of Coronado's Community Grant Program.

The museum galleries are open Tuesday - Friday from 10 am to 4 pm and Saturday - Sunday from 10 am - 3 pm. The exhibit has been extended through January 2023.

We are pleased to develop a customized exhibition sponsorship package for you or your company.  For more information, please contact Christine Stokes at cstokes@coronadohistory.org or 619.435.7242.