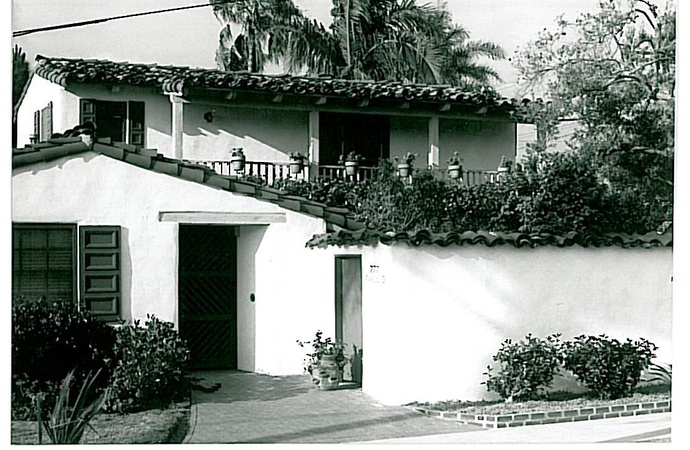 Master Architect Clifford Magee May, best known as the father of the modern ranch house, was a sixth-generation San Diego native, born in 1908. He did not have formal architectural training, but learned his craft on the job, finding inspiration in his personal connection and detailed knowledge of the region’s Spanish colonial architectural heritage.

Between 1931 and 1937, May designed approximately fifty houses in San Diego. Most of his houses reflect traditional adobe hacienda architecture but featured the newest materials and construction techniques. They were typically low in scale and spread out to create definition between the street and the private space for the resident. The result was a new informal suburban style with understated luxury and stressing his belief that a house should be integrated with nature.

In 1938, May moved to Los Angeles where he became internationally known through published designs in Sunset Magazine. Over the course of his life May designed more than one thousand buildings including, the Los Angeles home of Zubin Metha, music director for the New York Philharmonic, and a house for Gianni Agnelli, founder of Fiat, the Italian car company. Robert Mondavi chose May to design his winery in which he incorporated features found in the construction of California Missions.

There are currently six May‐designed houses listed on the City of San Diego Historic Register: four in his more “traditional” Hacienda style with smooth stucco walls and red tile roofs. The two other houses were designed in a more Anglo‐influenced Ranch style with board and batten walls and shake shingle roofs.

May also had a significant impact on the city of Coronado with five of his designs being designated as Historic Resources.

May died in October of 1989 at the age of eighty. He is now remembered as defining the key characteristics of the ranch house style and making the California ranch house one of the most popular styles that are still built widely today.

Architect biographies compiled through the use of the following resources: