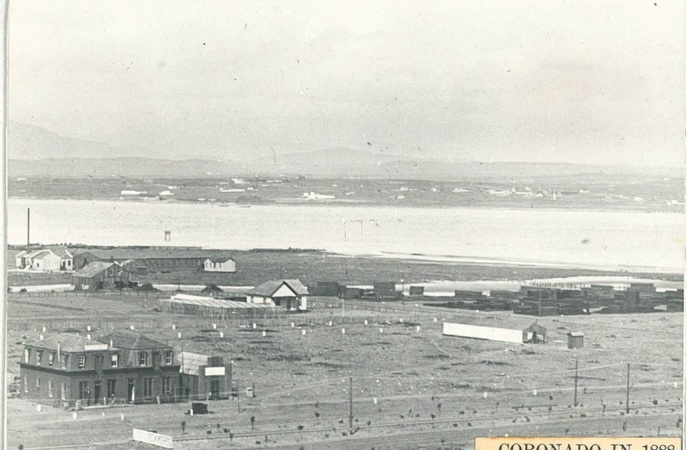 Trees Are Architecture Too

We love trees—they provide lofty greenery that inspires and fulfills when we look upward, some of them waving, dancing in the wind. Think of the queen palm, the king palm, both tropical reminders here of trade winds, the breezes that aerate and calm during the bright hot summers. At night the trees of Coronado throw shadows and silhouette themselves dark against the twilight. On a summer day they provide shade and a good place for tethering one’s bicycle at Shores Beach.

Other inspirational trees here in Coronado are the heritage trees—stately, monumental, upright symbols of long-term significance. They stand mostly on residential streets, sometimes in private yards, a few on Orange Ave. We have seven varieties represented in this august group:

In 1888, Coronado was a scrubby little place with a grand hotel just completed whose lush and varied landscaping set the tone for the island residents to plant and sustain trees on both public and private property. 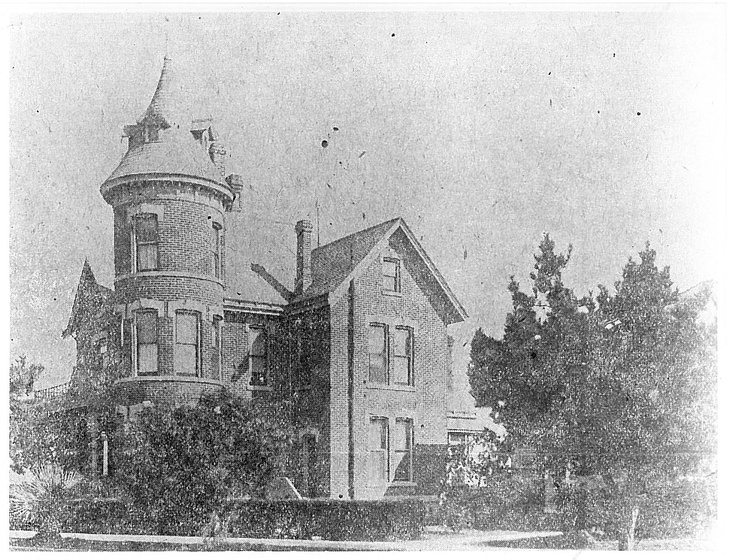 Throughout the ensuing decades, trees were planted, moved, dug up. That destiny also applies to the lush and varied buildings and houses on the island. The A.W. Randolph house at 1005 Isabella, for example, with modern conveniences such as electric call bells, disappeared some time ago along with its landscaping.

Just as Coronado has established historic designation for some worthy structures, so has it decreed 13 grand trees to be similarly historic.

The two Norfolk pines that grace the Coronado Public Library grounds were planted in 1909, among the oldest trees on the island. These two pines share their establishment year of 1909 with the neoclassical Coronado Library building and three Craftsman bungalows, one on A and two on C, all of which are designated official Coronado historic resources.

The library began construction in 1907 and the design of its façade and grounds is reproduced in the 1 January 1908 issue of the San Diego Union and Daily Bee. The drawing clearly shows the intention to have two trees flank the structure. 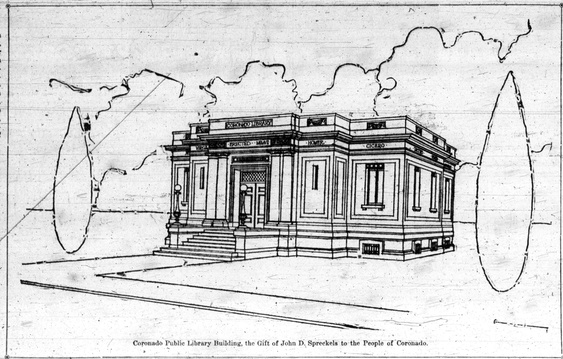 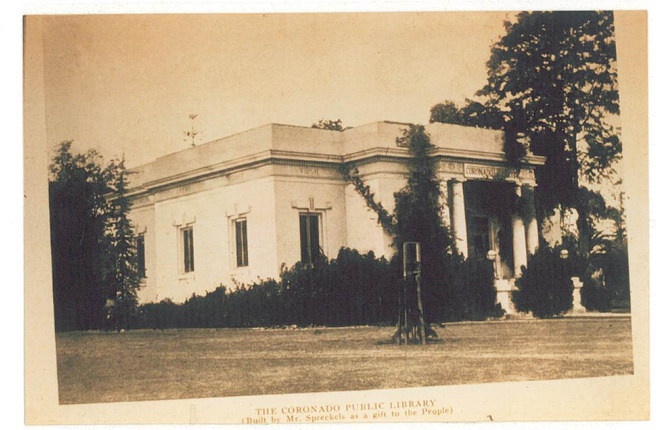 Built structures sometimes stay, are sometimes removed, and are sometimes adapted to other purposes. The heritage trees soldier on, nature’s sentinels that decorate and commemorate a community’s growth. They participate in holiday celebrations, mark civic structures, anchor parks, and contribute to historical continuity. They soften the edges of the human-built environment with rooted humility.