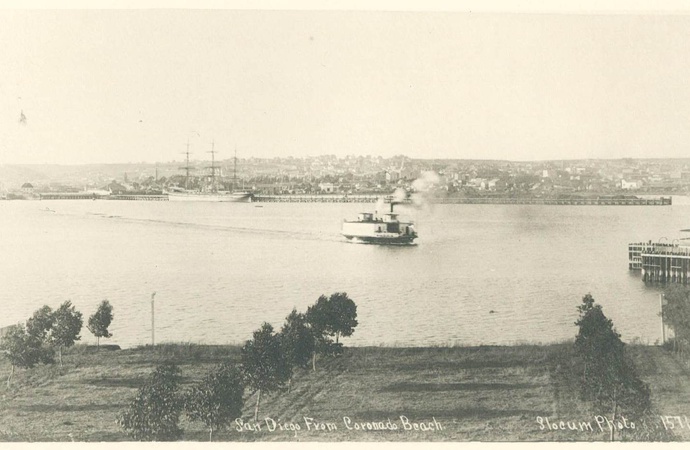 More than Rings: Trees as a Testament to History

When thinking of Coronado’s historic built environment, most people think of structures such as the monumental Spreckels Building along Orange Avenue or a charming bungalow residence. Sometimes historic landscaping takes a back seat when thinking about historic preservation. Yet, Coronado’s flora is critical in shaping Coronado’s history. With the recent falling and removal of some of these historic trees in recent years, it's important to reflect more on how trees are an essential pillar of our historic built environment.

Coronado’s horticultural history begins before the incorporation of the city. Coronado was sparsely covered with brush. In 1885, when the Coronado Beach Company began to develop the island as a resort town, in addition to infrastructure needs, they set to work on beautification of the island. They planted trees as a way to attract visitors to the resort town. Water was a considerable issue with all of these new trees. The amount of irrigation required was a costly burden on the company.

When the idea of incorporating as an independent city was first proposed in 1888, one of the major points of opposition was the burden of maintaining the trees that would be passed on to taxpayers. One summary given in the Coronado Evening Mercury stated the issue thus:

Mr. Hartupee then spoke at length on the subject in opposition to incorporation. He gave the number of trees as taken from the books of the company as 35,000, and estimated that it would cost 50 cents per year for the care of them. By figuring on the first cost of the trees and plants, and from information from officers of the company, he had figured that the cost of running the city would be in the vicinity of $40,000.

Despite the cost, the City of Coronado was eventually incorporated in 1890 and the maintenance of the trees became the City’s responsibility. The Coronado Historical Association has recently made a discovery of several 1930s tree-planting maps in our archive collection. These document the City’s planning and care of trees, with different species contributing to the character and charm of each street’s identity. For example, blue palm could be found along Olive Avenue and black acacia along Margarita Avenue. 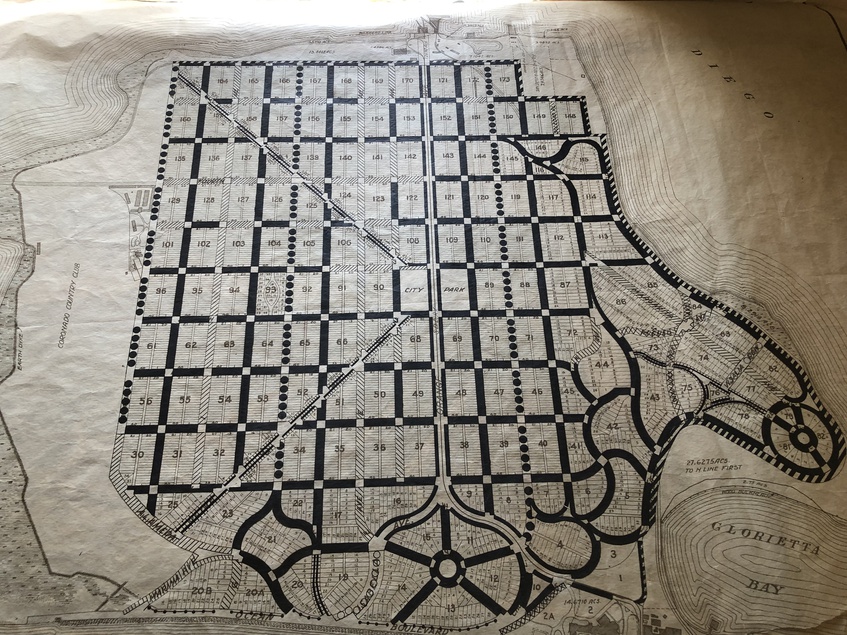 Later in the late 1940s, there were many residential requests for tree removal to make way for parking spaces and sidewalks. The City discouraged and even denied many of these requests: “Coronado’s home-like atmosphere is created, the commissioners explained, by the fine old trees that line its streets and fill its parks”(Coronado Journal, 1946). Eventually, some residents got their way and several trees came down. 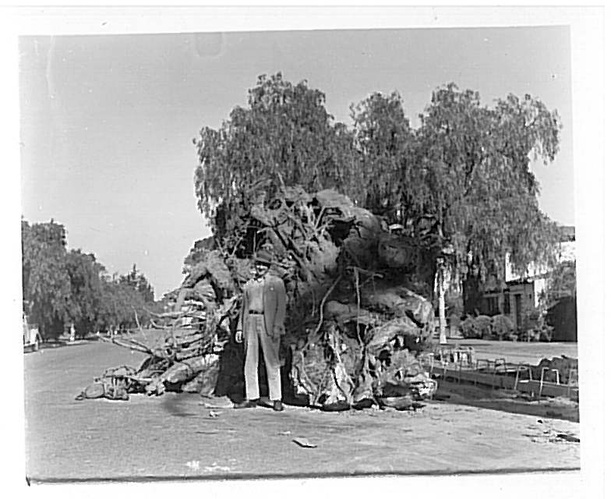 Tree removal near the corner of  Sixth Street and B Avenue. Circa 1950. Coronado Historical Association Collection.