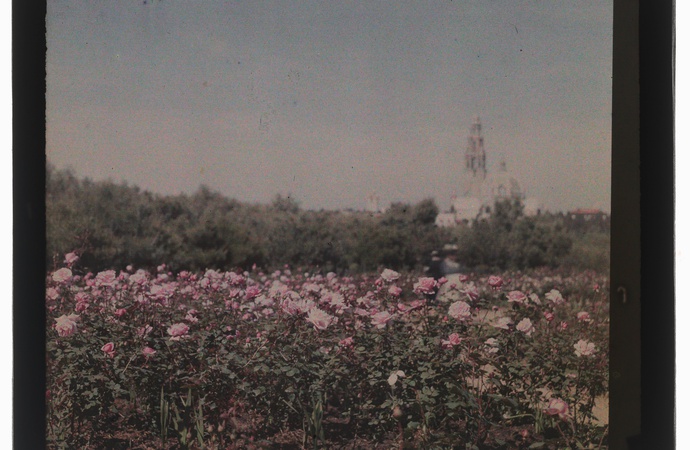 Photo on a small glass panel. Color. Photo of pink roses in front of the California Bell Tower in Balboa Park in the background. Additional Description: Assumed to be an original lantern slide/autochrome by Harold A. Taylor, California photographer and resident of Coronado for many years. Harold A. Taylor was born in the United Kingdom in 1878. In 1896, he immigrated to California, where he photographed Yosemite and other natural scenes in the state. He is credited by some as developing a method of colorizing photographs. In 1912, Taylor moved to Coronado, CA where he established the Coronado Floral Association and continued his photography business. He died in 1960 in El Cajon, CA.