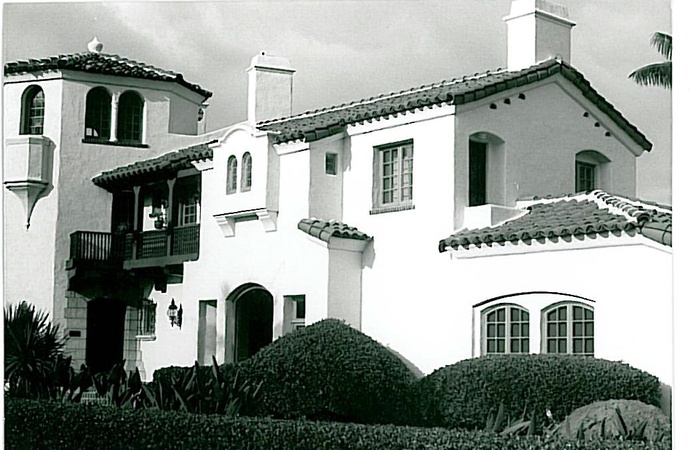 One of the most notable early California architects, Ricard S. Requa was best known as the creator of the Southern California style of architecture, an amalgam of Spanish Eclectic style with influences from his travels in the Mediterranean, Mexico, and Central and South America.

Richard Requa was born in 1881 in Illinois. He moved to San Diego in 1900 and began his career in 1907 in the office of the well-known architect with connections to Coronado, Irving Gill. In 1912, he opened his own office, and in 1914, became a partner with Frank Mead. In 1920 upon the dissolution of his partnership with Frank Mead he would formalize a relationship with Herbert Jackson who had been his silent partner since 1915.

Although all of his home designs during the peak years of the 1920s were unique, his Coronado designs stand out as examples of his creative imagination unrestricted by the clients’ financial status. Many of the homes were featured in national and local publications. Eight different properties where he was the architect of record have been designated by the city as a Historic Resource. Two additional properties in which he partnered, one with Mead and one with Jackson were also so designated.

Requa was also well known for his many works in the city of San Diego.

The city has recognized his many contributions to their architectural landscape by designating him as a Master Architect. He was one of the San Diego Architectural Association’s original members.

Requa died of a heart attack at the age of sixty in June 1941.