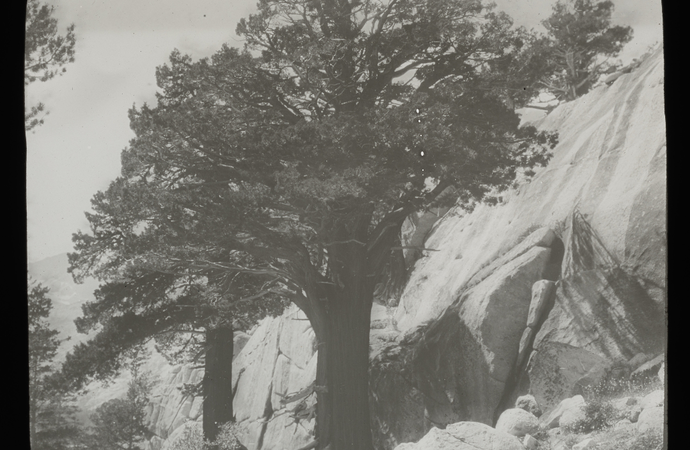 Harold Taylor was known for his nature photography, specifically of national parks and flowers as part of his role at the Coronado Floral Association. Here, he has photographed some orange California poppies, which became the state's flower in 1903. His original color glass lantern slides give us a glimpse into the past that is mostly seen in black and white (although he does have a number of black and white photographs as well).

According to the Coroando Flroal Association's website, "Coronado historians credit Maude Taylor with developing the idea of hosting a community flower show to unite her feuding neighbors. She succeeded in convincing her husband, Harold Taylor, to take on the project. He ran the flower show from its introduction in 1922 and served as the Coronado Floral Association president for the next ten years." Taylor originally moved to Coroando in 1912, and his dedication to the city and its community could be felt until him and his wife moved to El Cajon where he passed in 1960.