From the Archive: Holmes Family

Being able to view the Coronado Grammar School, as written in on the page selected from this scrapbook, is wonderful considering how clear the photo is. The photos on the second page of this selection mentions famous Coronado photographer Harold A. Taylor. It writes, “First job printing and developing film at Harold A. Taylor’s - April 16 - 1921.” One has a single exposure depicting the San Diego Harbor, whereas the second, with the writing mentioning Taylor, is a double exposure of the paper to the film.

From the Archive: Mulhall Family

We return to the Mulhall Family’s scrapbooks this week, this one featuring regional and local scenes. One particular photo is from the Plaza de Panama for the Panama-California Exposition from 1916 to 1918. The exposition was held to celebrate San Diego being the first US stop after crossing the Panama Canal, and was held in Balboa Park. Coronado’s own John D. Spreckles was on the board of directors! 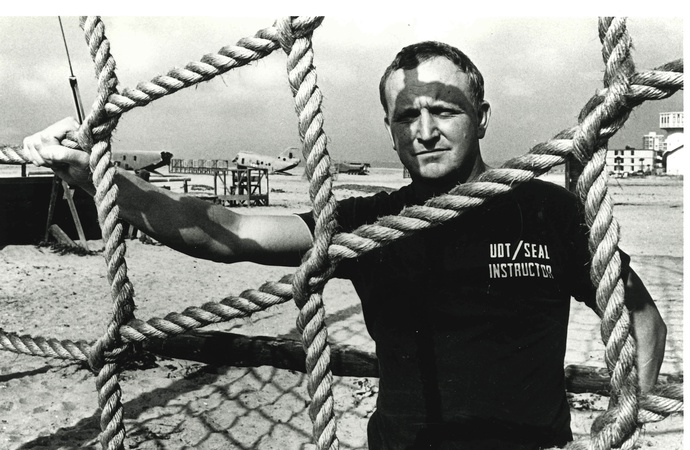 From the Archive: Gary Gallagher

Today is National Vietnam War Veterans Day, and instead of a scrapbook today we will be looking at a photo of Gary Gallagher who earned a Navy Cross from his service in Vietnam. The Vietnam war lasted from November 1955 until April 1975, with California having 5,575 out of the total 58,281 American casualties. Gallagher was ranked Yeoman Third Class, one of the oldest rankings in the USN, earning his cross from action in the Mekong Delta region, October 10–11, 1968. His Navy Cross, however, was not awarded posthumously. Coronado has a rich history with the United States Military, being home to Naval Amphibious Base Coronado (NAB Coronado), which was the site of one of the two first Navy SEAL teams in the United States. NSWC or “WARCOM” was established in 1987 here in Coronado, with the leadership of Navy Special Operations force and the maritime component of the United States Special Operations Command (SOCOM). Today we honor everyone who gave their time or their lives during the Vietnam War.

According to their yearbook in 1949, the Coronado Woman’s Club motto is “Courage to think truthfully, Wisdom to act watchfully, Compassion to live thoughtfully.” Club yearbooks, especially in the early 20th century, give insightful knowledge on the acts of service conducted by women’s clubs in the United States. This scrapbook shows more than just a small yearbook; it is made into sections that you can view here, first listed by year, and then by committee. Through these kinds of scrapbooks, we learn more about the lives of women in Coronado during the mid 20th century.