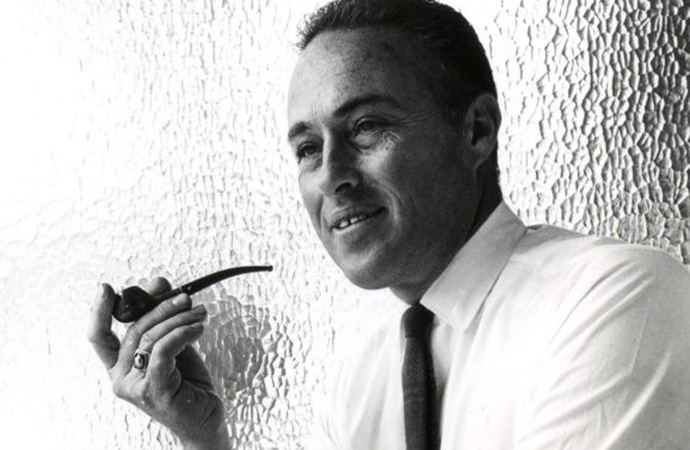 In 1961 he established Loch Crane & Associates, the office would grow and change over the years – quickly moving from small private residences to large-scale buildings for developers, commercial clients, and the military.

Whether he was designing buildings, flying airplanes, or building boats, Loch expressed his unique connection with the natural world – a continued influence from Frank Lloyd. Wright that moved him through life and his professional career.

Understanding the relationship between indoors and outdoors, building something useful, and creating small environments in harmony with the larger environment, were the essence of his search for connection and belonging.

Loch Crane’s only work in Coronado was at 819 First Street. The home was built in 1957 and designated as a Historic Resource in 2013. The property and landscape were designated as a special element of the City's architectural history as a rare intact example of the Mid-Century Modern Post and Beam architectural style. Loch Crane collaborated with the builder, Walter Vestal and the landscape architect Frank Koge in the home’s construction.